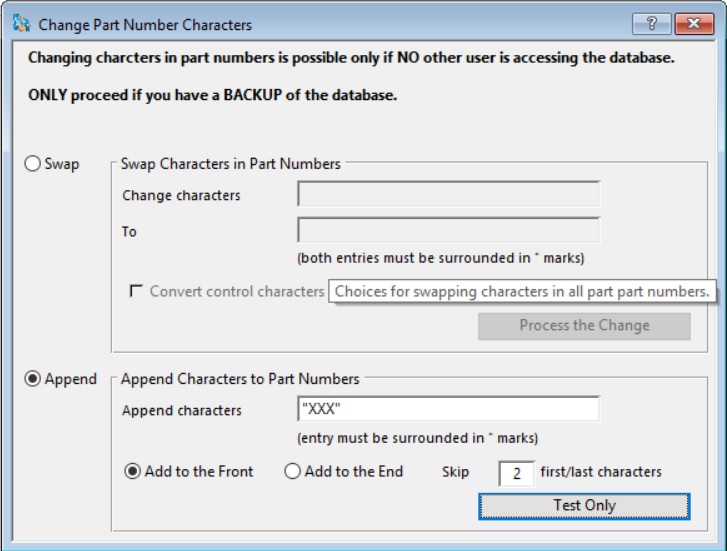 This window offers two functions for mass-changing part numbers throughout the system.

WARNING: This is a powerful feature that should only be done after the datafile has been backed up.

The Swap enables you to change particular characters in part numbers. For example, you may well want to replace the underscore character for the dash character for part numbers derived from spreadsheet based inventory systems.

Enter any string of characters surrounded in double quote ” marks. They must be upper case and there is a limit of 16. Any part number found to contain this string will be changed. The replacement string has similar restrictions. After clicking on Process the Change the system checks that the change is appropriate for those parts found to contain the initial string. An alert message shows the results.

TIP: Sometimes, through historic problems, part numbers can contain control characters. You can replace them by using a special syntax. In the from string use <CR>, <LF> or <TAB>.